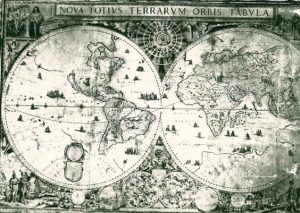 On Friday, May 26th, 10:00 a.m., during ITACÀ, the festival of Sustainable Tourism, La Quadreria will host the seminar entitled: “The identity of the places between reality and representation: Bologna through its maps”, an itinerary which connects ancient and contemporary maps, offering a moment to reflect on the map as an instrument and on nowadays possible ways to look at Bologna.

The seminar will be included in the larger event of inauguration of “The Room of the Maps” by ASP City of Bologna, which will contain great original maps belonging to the end of the Seventeenth century: the “Nova Totius Terrarum Orbis Tabula” planisphere and the representations of the continents known at that time. These objects have an interesting historical value and ASP intends to give them back to the public and the city, exposing them in La Quadreria.