For more than a week, the exposition of seventeenth century maps coming from the heritage of ASP City of Bologna is open to the public: the set of five maps, published by the printer Giuseppe Longhi and engraved by Carlo Scotti and Pietro Todeschi. The great wall maps, based on Dutch models, picture four continents and the Earth. Their exhibition celebrates the union of geographic study and artistic representation, outcome of human intelligence during flourishing centuries of exploration.

The success of the inauguration of the room, which took place on 26th May, during the ninth edition of “It.a.cà” the Festival of Responsible Tourism, is due to the efficient cooperation between ASP, the City of Bologna, and the different institutions which took part in the event (Urban center Bologna, Università degli Studi di Urbino, USE-IT Bologna, La Girobussola, il Museo Tolomeo, Next Generation Italy, The Bottom Up), represented by the lecturers of the conference “The Identity of places between reality and portray: Bologna through its maps”. The purpose of this seminar was to explain the different point of view on a territory, as it happened in the past during the creation of a geographic map of a new land. The event was concluded by the meaningful performance Hic Sunt Leones, by Cantieri Meticci. 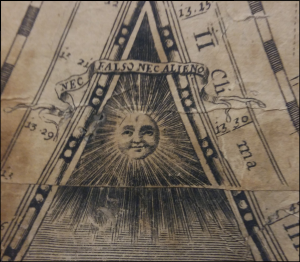