In Bologna, a service for the assistance of abandoned children already existed during the 13th century, even if we do not precisely know the date of establishment of the Hospital of San Procolo, a shelter for orphans known in Bologna as “Bastardini” (lit.: “baby bastards”). The shelter was dedicated only to abandoned children until 1860, when the Maternity Ward was added to the structure, while the foundling wheel was abolished in 1873. Our foundling wheel belongs to the 19th century: it was found in the deposits of Baraccano Girls’ School and then restored by ASP.

The choice of exposing this artifact, bearing a remarkable historical meaning, is for ASP a new occasion to promote family reception.

Witnesses of hosting families will be presented. 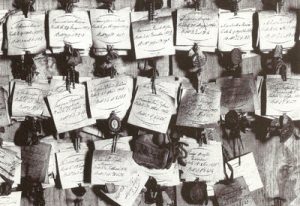