La Quadreria of ASP City of Bologna, through its Facebook and Instagram pages, joined the international social media event dedicated to the discovery of cultural heritage, the Museum Week. Promoted by the Ministry of Cultural Heritage and Activities and Tourism and followed by many italian museums, the campaign took place from 19th to 25th June.

Seven days for seven thematic hashtags to present artworks, either the exposed ones or those preserved in archives and deposits. The catalyst was “lifestyle” in every aspect, furthermore, to support gender equality, the institutions were invited to dedicate their posts to women, artists, operators or subjects of artworks, with the hashtag #WomenMW.

#foodMW
Monday was dedicated to pieces whose main theme is food. The “Holy family with Mary Magdalen” by Vincenzo Spisano (XVI – XVII century) was chosen. Grapes and pomegranate, objects of exchange, are symbols of passion and redemption. 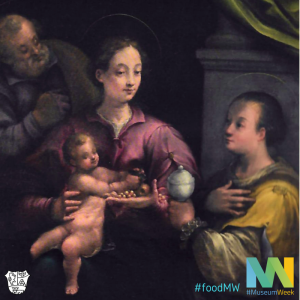 #sportsMW
Tuesday called for photos or artistic representations about sport. The painting that was chosen depicts a famous but unconventional activity: Tarasque taming, with “Saint Martha stepping on a dragon”, by  Cesare Gennari (XVII century). 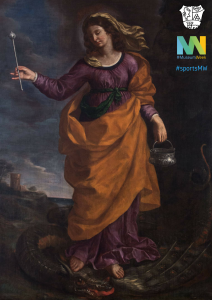 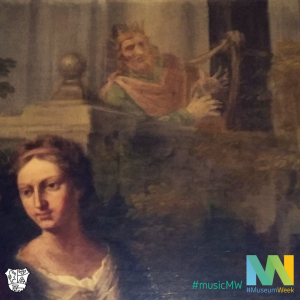 #storiesMW
Thursday had a wider range of action: stories. Throug two exposed paintings, la Quadreria presented two highly talented women artists born in Bologna, Elisabetta Sirani and Lavinia Fontana, with “Mary and baby Jesus” by the first one and “Jesus Christ in Martha and Mary’s home”, painted by the second with her father. 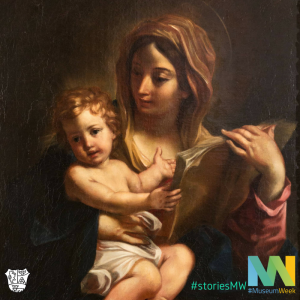 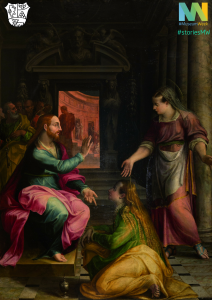 #booksMW
Friday crossed two fundamental branches of culture: art and books, so that’s why “Sybilla Libia” by Guercino (XVI-XVII century) was chosen: the book in her hand seems just a detail, nevertheless it is what allows the spectator to recognize her as one of the famous soothsayers. 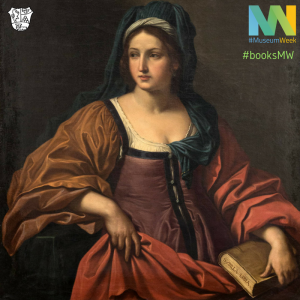 #travelsMW
On Saturday, the museums took their public on trips and la Quadreria showed a detail of one of the recently inaugurated maps: from “”Nova et acvrata totivs Africae tabvla” by G.I. Blaeu (1677-1680), realistic ships exploring the ocean, flanked by fantastic creatures such as tritons and mermaids. 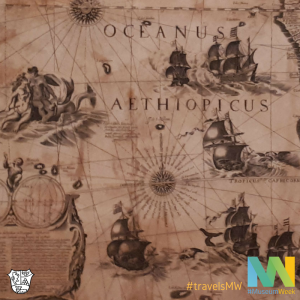 #heritageMW
Last but not least, Sunday’s theme, the heritage, allowed great freedom of expression! La Quadreria permitted a sneak peak on the archive, which is normally not open to the public, and concluded this week of great activity with “The Silence”… 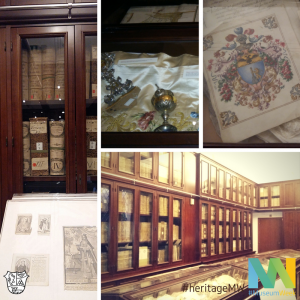 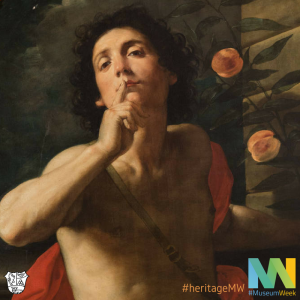